“Must you wait for an epidemic?. . . . If you trained your dog at home to go on a piece of paper [Fran Lee recommended the New York Times] and just threw it away, that would solve it.”–Fran Lee, 1978

“We are still learning about this virus, but we know that it is zoonotic and it appears that it can spread from people to animals in some situations. CDC is working with human and animal health partners to monitor this situation and will continue to provide updates as information becomes available. Further studies are needed to understand if and how different animals could be affected by COVID-19.”—CDC, March 27, 2020

Whether or not scientific studies are now conclusive as to whether dogs can transmit coronavirus to humans or vice versa, it makes no sense at a time of pandemic, with social distancing and people advised to wear masks, that New York’s Canine Waste Law is not enforced:

“§ 161.03 Control of dogs and other animals to prevent nuisance.
(a)    A person who owns, possesses or controls a dog, cat or other animal shall not permit the animal to commit a nuisance on a sidewalk of any public place, on a floor, wall, stairway, sidewalk, lawn, garden or roof of any public or private premises used in common by the public, or on a fence, wall, stairway or entranceway of a building abutting on a public place.”.

It’s been over 40 years since Mayor Ed Koch decided to penalize animal owners who leave their pets’ excrement on city sidewalks.  However, the dog culture appears to rule  in New York these days with dogs fashionably dressed and paraded through grocery stores and into pharmacies (sometimes in a baby carriage) where flu shots are routinely administered to people.

Those who object to the store presence of dogs that have just wiped their noses on every surface for blocks are scoffed at by business owners whose prime concern is the buck, and risk attack as well from pet owners.

Indeed, I was recently followed from a drugstore for blocks by a woman with two snarling dogs after suggesting to her that she leave her dogs at home when out shopping.  After the chase, the woman confronted me at a major intersection preparing to unleash her dogs.  Bystanders froze, were shocked, confused, and seemed unwilling to intervene. The dog woman at last backed off when I asked if someone would please call the police.

Cats are “highly susceptible” to the virus and a cat in Belgium has been infected with Covid-19—apparently, human-to-cat transmission.  A tiger at New York’s Bronx Zoo has tested positive for Covid-19—also human-to-cat infection.

Recent papers in Science and Nature reveal the extent to which  animals can be infected with coronavirus.  The list includes mice, rats, ferrets, cats, dogs, and of course, bats, with a PNAS paper now reporting viral zoonotic risk is homogenous across orders of mammals and birds.

But with 20% of the NYPD out sick apparently with COVID-19 (that’s more than 7,000 police officers)—who is enforcing the city’s Canine Waste Law in real time?  Or for that matter—at any time?

We are at further risk as long as New York’s dog culture goes unrestrained. 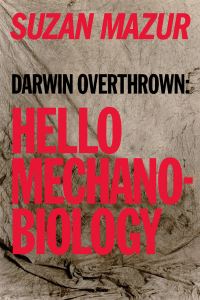 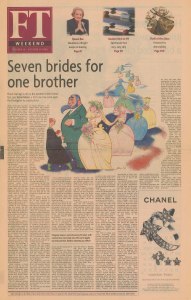