“We have seen the fraud that is ‘normal misbehaviour’.  We have seen how scientists conjure up an idea from somewhere no one else could have been, through drugs or mysticism or hallucinations or religious faith.  We have seen that polished powers of persuasion, a silver tongue, can do wonders for the acceptance of your idea.  Sometimes, though, you just have to be a pain.  You face up to sheer, bloody-minded obstinacy with a fighting spirit. . . .  You find ways to beat the system.  That’s why science is not for the meek and mild. . . .  Good scientists must strive to overthrow, undermine and destroy their colleagues’ reputations.  It’s all neatly summed up in a quote attributed to the American playwright Gore Vidal. ‘It is not enough to succeed,’ he said. ‘Others must fail.’”—Michael Brooks, Free Radicals: The Secret Anarchy of Science

One of Stuart Pivar’s papers on embryo geometry had a cameo at the Royal Society public evolution summit half a dozen years ago.  But Pivar’s scientific theory has seen little fanfare since.

I recently asked Stuart Pivar—who has been fine-tuning his ideas on evolution with various collaborators for roughly a quarter century—why the deafening silence?

Said Pivar—born in Brooklyn in the 1930s where he learned early on to stand tall for what he believed in:

“Scientists will not admit that a plausible solution to what they are working on has been found because it would mean admitting what they are doing is a waste of time and money.”

Which would also mean scientists would have to pack up and go home, Pivar said further.

Suzan Mazur: What in essence is your theory of embryo geometry?

Stuart Pivar: We demonstrate that the embryo shapes itself—not by natural selection, not by a code in the genes—but through geometry and mechanobiology.

The embryo forms from a tense, balloon-like membrane of cells called the blastula.  We show how this geometrically shaped blastula mechanically deforms during gastrulation. We demonstrate how the shape of the embryo results from elastic recoil following the bursting of the ventral midline of the blastula from pole to pole. The compressive force of dorsally directed migration forms the nerve cord, and skull. This elementary model can predict vertebrate form.

Suzan Mazur:  You say your model is the solution?  To the evolution of all life?

Stuart Pivar: Yes, all. The problem of the origin and the evolution of form is a mathematical/mechanical riddle. We solved it. The solution explains by blueprints, the origin and evolution of virtually all plant and animal organismal structure as well as superficial surface patterns. There must be a thousand drawings.

The theory is presented as a Euclidean QED proof by the demonstration of the congruence of predicted shapes with nature.  This is a solution—long overdue—to the ancient problem of creation, that is, how the body is made, and how evolution works. It took over thirty years.

Suzan Mazur:  You have a particular interest in the mammalian blastocyst.  Why?

Stuart Pivar:  Because, as our drawings demonstrate, I am my blastocyst aka blastula. What we are, is our own blastula, punctured, split, compressed into a long ditch, sealed over into a tube, extruded into the brain case as the brain.

Suzan Mazur:  At a time when scientists are relying increasingly on sophisticated microscopy to image life, you prefer illustration.  Why?

Stuart Pivar:  Since Leeuwenhoek, microscopists have peered into seeds and eggs without telling head from tail. The vertebrate embryonic inner cell mass, a tiny writhing transparent, unresolvable gelatinous blob that is the embryo in formation, continues to conceal the secret of what is going on inside. Our animations depict step by step what is going on in the inner cell mass.

Suzan Mazur:  Do you consider yourself a mechanobiologist?

Stuart Pivar:  Of course, isn’t everyone?

Suzan Mazur:  Is mechanobiology the successor to Darwinian science?

Stuart Pivar:  Everything is.

Suzan Mazur: Various institutes in France and in Singapore are at the center of the mechanobiology movement.  Have you any rapport with these scientists?

Stuart Pivar:  Zero. There are dozens of them. They all totally ignore our work.  If they acknowledged it, they would have to close down. All of their many labs are working on a solved problem. They might as well clean out their benches and go home.

Suzan Mazur:  As an independent scientist, what are some of your frustrations.

Stuart Pivar:  I’ve shown my Embryo Geometry website: www.embryogeometry.com to 150 leading evolutionary scientists, including directors of institutes specifically concerned with development and mechanobiology.  Not one has ever responded in any way to this solution of the morphogenesis problem, a problem the scientific community has been working on for hundreds of years.

I’ve recently accused Rockefeller University Lab of Morphogenesis principals Amy Shyer and hubby Alan Rodrigues of conspiring to falsify my solution to the morphogenesis problem without reading it.

Here is my April 8, 2022 email to Amy Shyer at the RU Lab of Morphogenesis and her response:

“Dear Dr. Shyer,
You are a leader in the quest to crack the code of morphogenesis. My lab has worked on this with the input of dozens of scientists and artists over thirty years. We will soon publish a solution to the problem. I ask you to view the material with the possibility of interesting your lab in a review or cooperative venture to introduce the theory. The presentation is far outside journal publication because of its scope. I look forward to your comments, and your visit to our lab. Please see: http://www.embryogeometry.com”.

“Dear Mr. Pivar,
Thank you for your email. It is always refreshing to meet someone who recognizes the fundamental importance of understanding the process of morphogenesis. Modern science is dominated by reductionistic perspectives and methods, leading to an impoverished understanding of phenomena such as the creation of animal form.  Our laboratory is co-led by me and my husband, Alan Rodrigues. One of Alan’s long-term goals is to integrate artistic and scientific conceptions of the natural world. While we use modern technology in our lab, we are inspired most by artists (and artistically inspired scientists e.g. Goethe) of the past.

Shyer then emailed that she would be away for a week, but that her husband,  Dr. Alan Rodrigues, co-director of the lab would address the matter.

On Saturday, April 9 at noon I held an hour-long phone conversation with Alan Rodrigues.  Rodrigues asked me to tell him what the embryo geometry theory was about because he had not looked at the material, whereupon he declared he believed the theory false because it is disproved by the limb bud cell disassociation experiment. Rodrigues agreed to my presentation of the Embryo Geometry site to his RU lab members so that they could  judge for themselves.

Stuart Pivar:  One who has responded is eminent cell biologist Stuart Newman, who I have had much dialogue with.  Stuart Newman told me he didn’t believe my hypothesis was the solution and that if he did believe it was, he’d have to disavow 30 years of his work.

Roberto Mayor has rejected my papers in three development journals. The reason for rejection is that my papers differ from what is already known about embryology. Mayor entertains a fatal misunderstanding as to what neural crest cells are.

Mike Levin, whose research on regeneration The New Yorker magazine recently celebrated, has told me his lab has nothing to do with my work on morphogenesis.

Hundreds of others have simply disregarded the data I am presenting. To disregard data is the same fraud as the falsification of data.   I name names on my website.  They say, if you can’t refute, suppress.

Suzan Mazur:  Would you like to make a final point?

Stuart Pivar: “It is difficult to get a man to understand something when his salary depends upon his not understanding it.”—Upton Sinclair

This is scientific fraud not seen since the Vatican refused to look through Galileo’s telescope.

This theory of embryo geometry is Index Librorum Prohibitorum, just as Galileo’s work was. 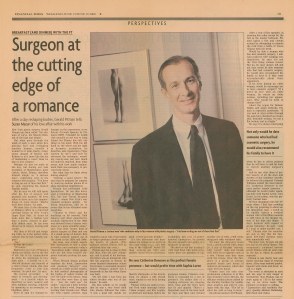 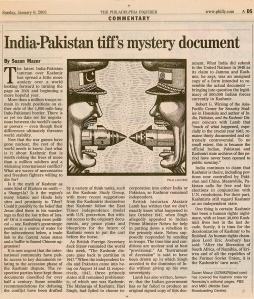 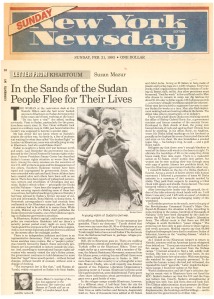 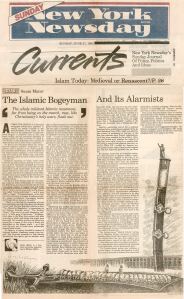 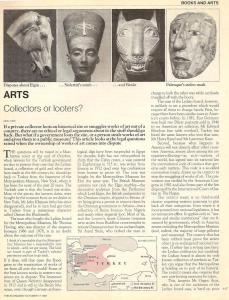 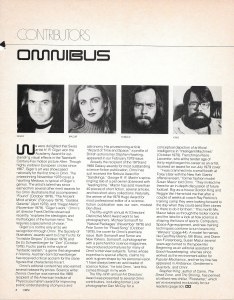